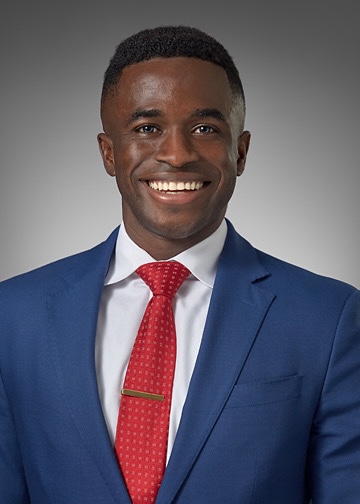 Touré Ohene joined Wolfenzon Rolle as an Associate Attorney in 2022. His current practice is focused on complex construction litigation on behalf of developers and general contractors, business and commercial litigation and personal injury.
Prior to joining the Firm, Mr. Ohene worked in both the public and private sectors at law firms and non-profit organizations specializing in insurance coverage, complex disputes, business transactions, workers’ rights, landlord tenant disputes, real estate transactions and medical malpractice.
During law school, Mr. Ohene worked as a legal extern at the Workers’ Rights Clinic of the University of San Diego School of Law where he assisted lower-income workers with a variety of employment law issues. He also worked as a judicial extern at the San Diego Superior Court – Legal Services Division in the criminal law section. Mr. Ohene was also a recipient of the Pro Bono Service Recognition in May 2019, which is awarded to students who volunteer their time in the San Diego community and who have completed 100 or more hours of pro bono work throughout their law school career.
Mr. Ohene received his Bachelor of Science in Health Science with a minor in Sports Science. Mr. Ohene also received his master’s degree in Public Administration where he graduated with distinction. Mr. Ohene began his law school journey at the American University Washington College of Law in Washington D.C. in 2016 and completed it at the University of San Diego School of Law in 2017.
Mr. Ohene was born in Haiti and grew up in Brooklyn, New York. Mr. Ohene now calls San Diego home. Mr. Ohene spends his free time playing soccer, hiking, reading and exploring all that San Diego has to offer.