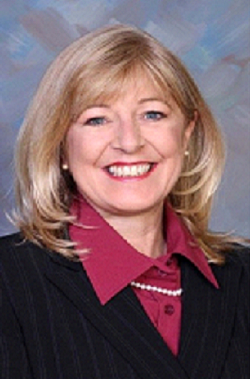 Angela has a long history with the Wolfenzon Rolle family, having originally
joined the firm’s Las Vegas office at its inception in 2000. Angela returned to
the firm in 2021 and currently practices general civil litigation, with an
emphasis on personal injury and premises liability.

Angela obtained a B.A. from the University of Nevada, Las Vegas, in 1995. At
UNLV, Angela focused her studies on constitutional law and her repeated
placement on the Dean’s Honor Roll led to her receipt of an invitation to join
the Golden Key National Honor Society. In 1999, Angela obtained her J.D.
from the University of San Diego School of Law. After law school, Angela
returned to the Eighth Judicial District Court in Las Vegas to serve as the law
clerk to the Hon Gene T. Porter, Ret., with whom she would later join to form
the civil law and alternative dispute resolution firm of Porter & Bello.

In 2015, Angela was elected District Attorney of Nye County. During her 4-year
term, she headed the office’s criminal, juvenile and family support divisions,
served as general legal counsel for the County’s boards and agencies, and legal
advisor to the elected Sheriff, Treasurer, Recorder, Assessor and County Recorder.
Angela is admitted to practice in the state courts of Nevada, the United States
District Court for the District of Nevada and the Ninth Circuit Court of Appeals.